After All The Arguing, French President Nixes Constitutional Amendment 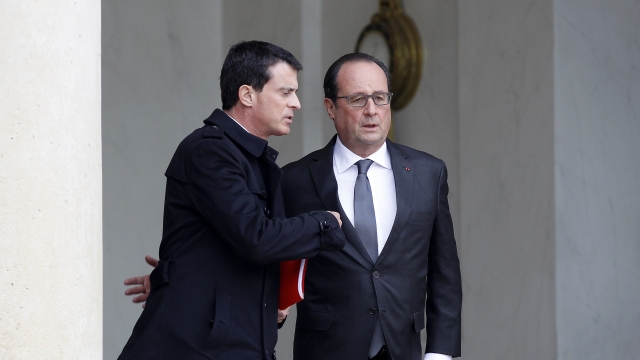 France's president nixed a proposal to revoke convicted terrorists of their French nationality if they are dual citizens after the country's Parliament was resistant.

Hollande and France's prime minister endorsed the proposal and another amendment to write state of emergency powers — like raids — into the French Constitution.

The leader of the far-right National Front Party — which supported the proposal — said dropping the legislation was "a historical failure."

The plan was in response to the Nov. 13 Paris attacks that killed 130. While it initially had some traction, opposition party members, and even some of Hollande's Socialist Party members, haven't been on board.

Opponents said terrorists likely wouldn't stop an attack based on fear of losing citizenship and could still enter the country.

Polls showed the public wasn't in favor of the proposal, and the justice minister even resigned after heavily opposing the amendment.

This video includes clips from BFMTV and France 24 and images from Getty Images.