After Another ISIS Attack, Piers Morgan Calls For Stricter Immigration 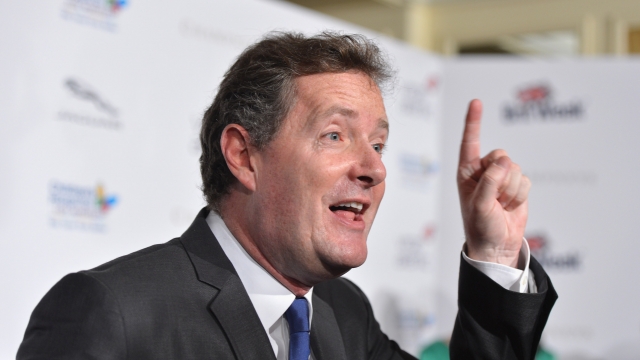 Piers Morgan penned an editorial for the Daily Mail, calling for tighter borders after two ISIS fighters killed a priest in Normandy, France.

After another deadly attack in Europe, Piers Morgan wrote an article declaring that it's time for Western countries to rethink their immigration policies.

Morgan penned a piece for the Daily Mail in which he calls for countries to tighten up their borders to defend against ISIS.

The article was prompted by two ISIS devotees who attacked a Catholic church in Normandy, France. The assailants took hostages and killed an elderly priest before being shot and killed by police.

Morgan wrote, "This insane 'open door' policy has to stop, not least because once we open these doors we don’t seem to make any coherent, sensible provisions for what happens next to the people who pour through them."

ISIS has claimed responsibility for several high-profile attacks that have rocked Europe over the past several weeks and months. It's unclear if the terror group helped to plan any of the incidents or just inspired the attackers.

The latest attack was apparently enough for Morgan to reconsider Donald Trump's immigration platform, which he had previously called "absurd."

Morgan didn't go as far as calling for a ban on all Muslims trying to immigrate or flee war, but he did say that restricting immigrants from countries filled with terrorists is common sense.

He also shared a letter from a Muslim woman that read in part, "I think in order to solve this problem, we must reach out to these kids and [emphasize] the importance of education, being well-rounded members of society and contributing to the society you live in."

This video includes clips from BBC and Donald J. Trump for President Inc. and an image from Getty Images.