The UK Will Express Its Post-Brexit Independence With Blue Passports 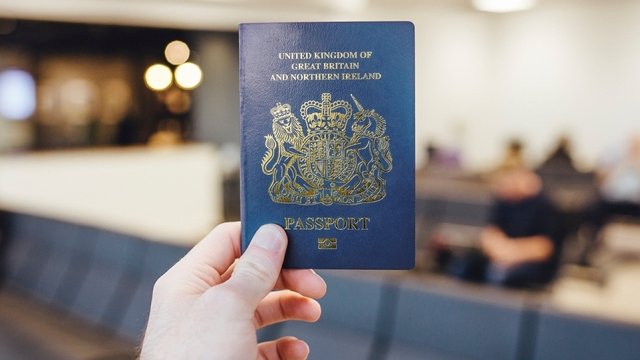 Burgundy passports were first issued in 1988 to follow the common format of the European Economic Community.

After the U.K. leaves the European Union, the country plans to express its new independence through its passport.

Announced on Friday, the U.K. passport will be changing its color from burgundy — a popular passport color with many EU member states — to blue.

The blue and gold design is said to symbolize the country's "national identity." On Twitter, Prime Minister Theresa May said it was a "expression of our independence."

That's because blue was one of the original colors of the British passport. It was first issued in 1921 but changed in 1988 to follow the common format of the European Economic Community.

The new passport could, however, prove inconvenient for travelers. Depending on how Brexit negotiations go, EU officials say British passport holders could lose the ability to use fast-track customs lanes for EU citizens when traveling on the continent.

The European Union also said the U.K. would still be subject to all of its rules during that transition period.

That likely means slower and less convenient travel — not things a new colored passport can fix.