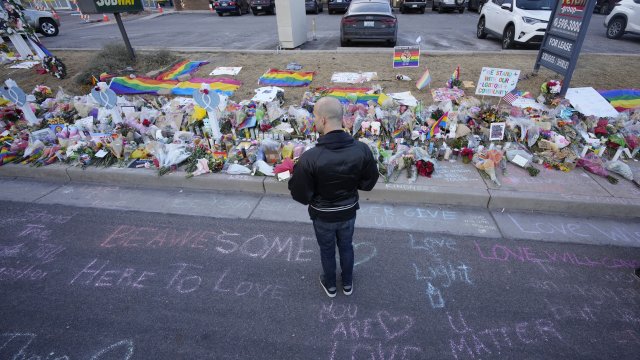 Emergency room doctor Katie Picard says her team trains for mass trauma disasters. But when a shooter opened fire inside Club Q in Colorado Springs, it all became real.

"One of the nurses came over to tell me that there was an active shooter in town," said Picard, an emergency medicine specialist at UC Health Memorial Hospital Central. "We didn't know where yet and that we might be getting anywhere from 10 to 20 gunshot victims."

It was non-stop night of what Picard calls controlled chaos amid the carnage.

"Some weapons are designed to cause maximal damage. So one bullet can can injure a great deal."

Doctor Picard says her team was ready, and will be ready for the next shooting, too.

"This is something that's becoming a core part, an integral part, of emergency medicine education, and I think that's really sad. I wish this wasn't something that I had to be good at. And I think it's tragic that it is," Picard said.

A motive for the shooting is still under investigation, but the suspect is facing murder and hate crime charges.

As victims recover from the Club Q shooting, victim advocates are now calling on non-profits to give out 100% of the money they collect, singling out a group called the Colorado Healing Fund, which keeps 10% of all donations.

"It does not give 100% of what they receive to victims and survivors," said victim advocate Amy Cook.

Colorado Healing Fund executive director Jordan Finegan says the 10% fee keeps the charity running and able to quickly get money to groups who need it.

"Working with those nonprofits who are the advocates on the ground, who are the ones who are speaking directly to victims allow us to then get money out to them as quickly as possible," Finegan said. "We have already disbursed $245,000 in less than a week."

The fund now says it is considering changing how much it keeps, to make sure victims are getting as much help as possible.