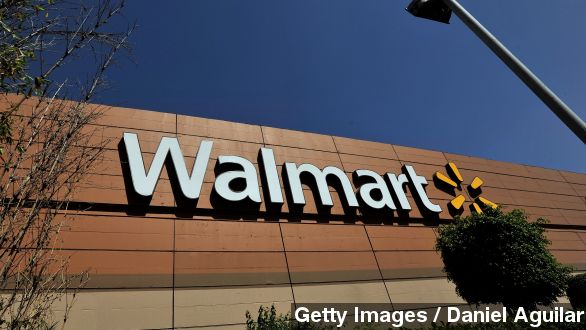 Using fake Amazon postings, scammers took advantage of Walmart's ad-match guarantee to nag some PS4's for less than a quarter of their retail price.

Isn’t this how it goes? A big retailer tries to do something nice — or really, just nab customers from its competitors — and scammers take advantage.

As it has so aggressively advertised, Walmart’s ad-match guarantee promises to match select competitors’ prices, including Amazon.

The price match offer also covered the Sony PlayStation 4, the gaming console with a hefty $400 price tag. We’re guessing you can figure out what happened next. (Video via Sony)

Any Amazon member with a registered selling account can create listings, and while there are no blockbuster deals now up for new — or even used — PS4s …

It appears only four people walked off with ridiculously low-priced PS4s, and the big-box retail giant told CNBC it has changed policies to not honor price matches from sources like auction sites or third-party sellers.

A spokesman wrote in a statement: "We can't tolerate fraud or attempts to trick our cashiers. This kind of activity is unfair to the millions of customers who count on us every day for honest value."

“From a public relations perspective for Walmart, they have an opportunity to actually spin this into a really good opportunity to show how they honor their policy," said Corey Martin with Allison & Partners.

So good luck with those price matches! Just don’t expect to walk in and get what seems like a deal that’s … more than fair.