After Replacing Spacey, Plummer Is Nominated For A Golden Globe 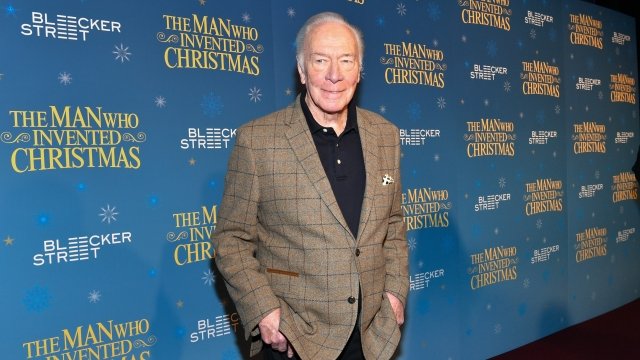 Kevin Spacey was replaced by Christopher Plummer in the upcoming film "All the Money in the World." Now Plummer has been nominated for a Golden Globe.

It looks like replacing disgraced actor Kevin Spacey in the upcoming movie "All the Money in the World" is already paying off.

That last one is especially notable, since Plummer was chosen to replace Spacey after multiple allegations of sexual misconduct were made against the now-former "House of Cards" star.

News of the reshoots came out just 44 days before the film was originally scheduled to hit theaters on Dec. 22.

Since then, Sony pushed the debut back slightly to Christmas Day. This means it won't debut at the same time as "Jumanji: Welcome to the Jungle" and "Pitch Perfect 3," both of which are expected to earn a lot of money in their opening weekends.

The Old Vic theater in London launched an investigation in October into their former artistic director's conduct.

"All the Money in the World" is based on the true story of the kidnapping of oil magnate J. Paul Getty's grandson. Plummer is playing the role of Getty — who infamously refused to pay a ransom.

As for those Golden Globe nominations? We'll see who the big winners are when the award show airs Jan. 7.