After U.S. Withdrawal, Afghan Allies Are Left Behind 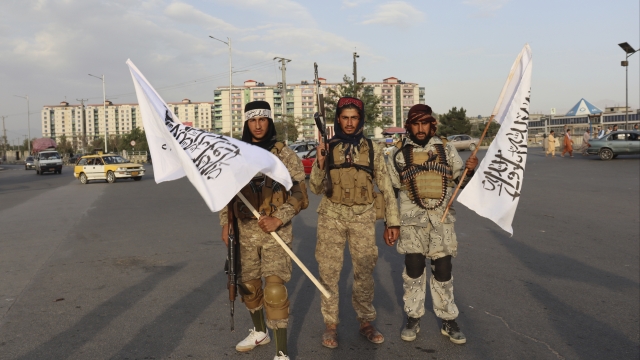 Newsy spoke with Afghans who worked for years for the U.S. government and U.S. Army but have been left behind.

They never managed to make it inside the Kabul airport, even with special immigrant visas in hand.

“I tried to enter the airport from different angles from different gate," says Ahmad. "But it was not possible for me to cross that crowd with my wife and children.”

Ahmad worked as a manager for the U.S. Agency for International Development in Kabul from 2006 to 2009.

He applied for his visa more than six years ago, and only received it last week.

We are blurring his face to protect his identify. He fears for his life.

“I do not regret risking my life and supporting the U.S. mission in Afghanistan and working for my own people.”

Days before issuing his visa, the State Department sent him an evacuation pass. But now—he fears it’s useless as the U.S. leaves.

“And still, I'm hopeful and I'm waiting to receive instructions.”

Groups of veterans working around the clock to get people like Ahmad out of danger are advising them to stay put until the dust settles.

The U.S. and 97 other countries say they have received “assurances from the Taliban” that Afghans with the right documents will be allowed to safely depart the country.

But it’s unclear how the U.S. can hold the Taliban accountable.