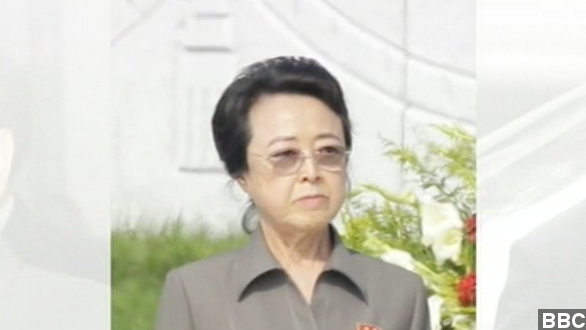 Kim Jong-un's aunt, Kim Kyong-hui, has been given a key position within North Korea's government.

After the execution of Kim Jong-un's uncle, many assumed the North Korean leader's aunt could be next, but instead it seems she will be getting a promotion of sorts.

Kim Kyong-hui has been named as one of the funeral committee members for North Korea's ruling party, a job which The Wall Street Journal calls "a key position."

An analyst told ABC the promotion may be a surprise to everyone but Kyong-hui.

"The purge drama was designed by Kim Kyong-hee, Jang's wife. ... 'She has openly expressed to the political bureau members that Jang's power line is a threat to the royal family so she took an obvious choice.'"

​Kim Kyong-hui is the only surviving sister to the previous ruler Kim Jong-il, Kim Jong-un's father, which The New York Times notes could have also played a role in her survival.

"Some analysts said that her value to Mr. Kim was largely symbolic: She was the eldest surviving blood kin for Mr. Kim, one of the links Mr. Kim had to his grandfather."

Kim Jong-un's uncle, considered by many to be the second most powerful man in the country, was executed on charges of trying to overthrow Kim's government.

The Telegraph writes, "The new leader was possibly threatened by Jang, and wanted to remove him."

According to North Korea state media, the government also accused Jang of not clapping enthusiastically enough for his dictator nephew and putting a monument of Kim in a shaded corner instead of a sunny window. (Via BBC)

North Korea will mark the second anniversary of its former leader Kim Jong-il's death on Tuesday.