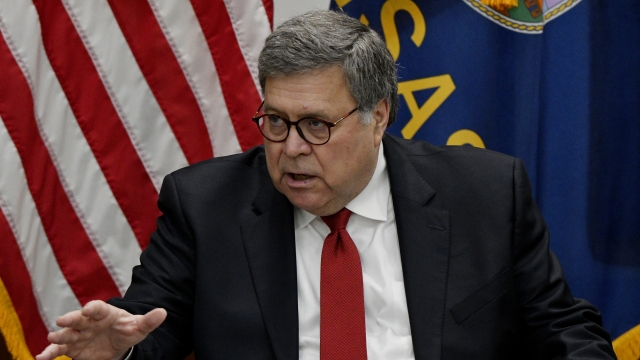 Inspector general's probe reportedly found that the FBI followed protocol in applying for a warrant to surveil a former Trump campaign adviser.

Ahead of the release of the Justice Department's long-awaited watchdog report into the start of the Russia investigation, Attorney General William Barr is dismissing one of the report's key findings.

That's according to the Washington Post, which spoke to sources familiar with the matter. The sources say Barr disagrees with Justice Department Inspector General Michael Horowitz's finding that the probe was initiated properly.

Horowitz's investigation reportedly found that the FBI followed official protocol in applying for a warrant to surveil a former Trump campaign adviser. The probe found errors and omissions in documents, but concluded the findings did not change the validity of the surveillance application.

Horowitz wrapped up his investigation in September and is expected to release it to the public Dec. 9. He's then expected to testify before the Senate Judiciary Committee days later.

As the Washington Post points out, Barr could be hesitant to believe Horowitz's findings because he's waiting for his department's own criminal inquiry to wrap up. The investigation, run by John Durham and overseen by Barr, is trying to determine if federal investigators acted improperly as they looked into Russian interference in the 2016 presidential election.