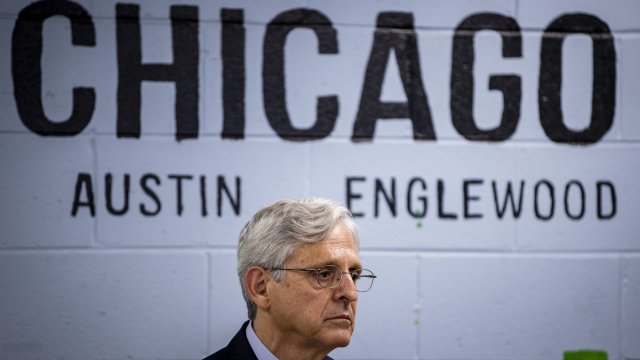 The strike force will be operating in the regions surrounding Chicago, New York, Los Angeles, San Francisco and Washington, D.C.

The strike force will be operating in the regions surrounding Chicago, New York, Los Angeles, San Francisco and Washington, D.C. -all of which have seen an unprecedented surge of gun violence since 2019.

The task force doesn’t send additional resources to these areas but according to the Justice Department there will be a “sustained and focused coordination across jurisdictions” to stop illegal guns from hitting city streets.

MAYOR LIGHTFOOT: “We are sending a message to the gun traffickers, we are going to find you no matter where you are.”

This federal program will be operating simultaneously with a Chicago Police Department 50-officer investigative team that has a similar mission.

SUPT. BROWN: “That's the real benefit of this laser focus collaboration is that we're not limited to just the borders of the city of Chicago, we can go find these guns, trace these guns back to their original sale.”

Attorney General Garland also met with community-based violence prevention organizations during his trip, a set of groups that could see a $5 billion investment over the next 8 years.

GARLAND : “And we're going to try and mesh it up with grants for communities, as I said, to prevent violence, to interrupt violence and to provide the kind of relationship between the police and the community necessary to build trust."

GARLAND: "We are going to try to focus as much of our attention on these problems, not only in Chicago, but in the rest of the country, which is also experiencing similar problems.”