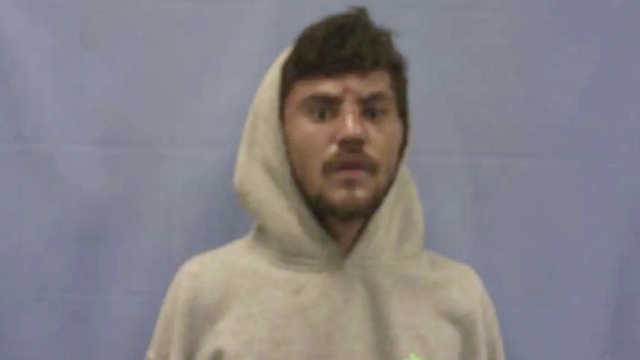 Arkansas state police, the U.S. attorney and the Civil Rights Division of the Department of Justice are investigating a police beating.

In the video, two deputies and an officer have a man pinned down outside a convenience store in Mulberry, Arkansas. One of the officers is seen repeatedly punching the man while the other officer uses his knee against him and the third holds the man down.

Arkansas state police say an investigation has been opened into the use of force by the two Crawford County sheriff’s deputies and the Mulberry police officer. On Monday, Arkansas Gov. Asa Hutchison said along with the state police, the U.S. attorney and the Civil Rights Division of the Department of Justice are also investigating.

The Crawford County sheriff’s office has identified the officers as Deputy Zack King, Deputy Levi White and Mulberry Officer Thell Riddle. All three men have been placed on suspension.

Arkansas state police say the man pinned down in the video has been identified as Randall Worcester of South Carolina.

The department says he was treated at an area hospital following his arrest before being taken to jail. Worcester is being charged with second degree battery, resisting arrest, and terroristic threatening among other charges. He is currently out on bond.

The sheriff’s department told KFSM-TV that Worcester had spit on an employee at a convenience store in nearby Alma, Arkansas and had threatened to “cut off their face.” After bicycling about 10 miles to Mulberry, he was confronted by law enforcement and allegedly attacked one of the deputies.

On Monday, Crawford County Sheriff Jimmy Damante told reporters that while his department condemns violence against civilians, he said a dash cam from one of the police cars ”does bring to light some other things that happened here.”

In a statement, Mulberry Mayor Gary Baxter says he was shocked and sickened by the video, adding that any actions necessary will be taken to ensure this never happens again.