Ahead Of The Oscars, 'Parasite' Is Already Making Movie History 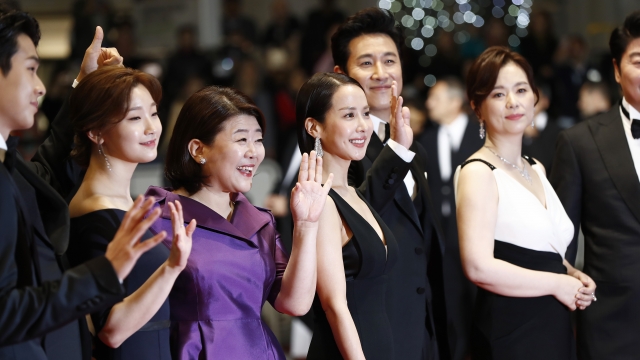 One of this year's buzziest films is also South Korea's first Oscar nominee.

Bong Joon-ho's "Parasite" is this year's top Oscar contender for best international film. But even if it doesn't win, the film has already made history for its country, category and the industry of international films overall.

"Parasite" is South Korea's first-ever nomination for the Academy Awards — and in a category that's largely dominated by Western Europe.

Paolo Sigismondi, clinical associate professor at the USC Annenberg School for Communication and Journalism, told Newsy: "In the past, Western Europe received the lion share of [the international film] awards — Italy and France in particular. In the last five years, this has not been the case: Poland, Hungary, Iran, Chile and Mexico. Let's see if this trend continues this year with 'Parasite' from South Korea."

The Oscars first established the category for best foreign-language film in 1956. And since then, the top-winning countries for the award are Italy with 11 wins, France with nine and Spain with four.

If "Parasite" wins the category this year, it'll be the third winning title from East Asia.

The critical acclaim of "Parasite" is followed by major success with general audiences, too. Fandango told Newsy the film is the most popular foreign-language title on the platform, as well as one of the company's most preordered titles of all time, following "Avengers: Endgame," "Joker" and "Venom."

In a statement, Fandango's managing editor told Newsy: "'Parasite' is undeniably one of the year's most talked-about films. ... The film's six Oscar nominations has only increased fan anticipation to watch and re-watch the film as it finally arrives at home."

That level of hype for an international film doesn't happen often.

Sigismondi told Newsy: "In the U.S., the [international film] category usually does not receive particular attention — if any at all — by the mainstream media, and the winners remain known only in the small 'cinephile' circles."

He notes, however, that this is also changing because of the "global diffusion of digital platforms, such as Netflix and Amazon Prime." Last year, Netflix's "Roma" made similar strides at the Oscars, and director Alfonso Cuarón frequently attributes the film's success to the streaming company's willingness to work on a foreign-language project that traditional studios may have turned down.