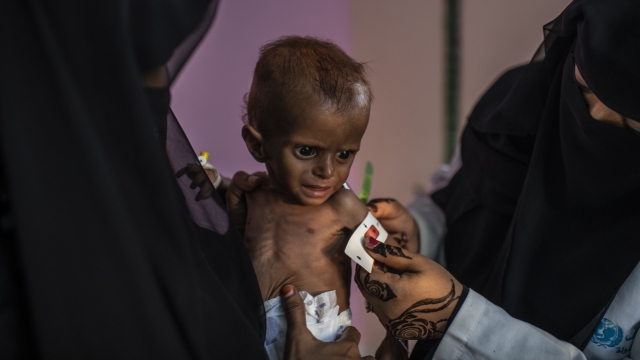 An anonymous State Department official told Reuters on Tuesday that assistance programs could be suspended within a month or two if the Houthis don't stop interfering with deliveries. The official said exceptions will be made for "truly lifesaving programs," like providing food to sick children.

Yemen's civil war has claimed more than 100,000 lives and triggered one the world's worst humanitarian crises. The United Nations, which has led an international aid effort, says the civil war has left 14 million people suffering from shortages of food and clean water.

The U.S. sent about $700 million in assistance to Yemen last year as part of the international relief effort. But Houthi rebels have been blocking aid delivery programs in an effort to gain more control in the conflict.