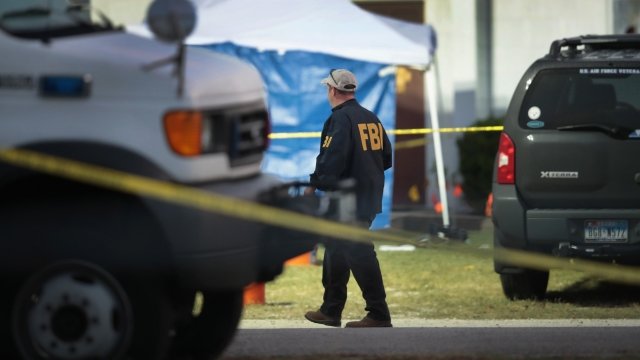 The suspect in Sunday's church shooting was able to buy a gun because the U.S. Air Force failed to report his general court-martial for domestic violence, according to an Air Force release.

Devin P. Kelley was general court-martialed in 2012, two years into his Air Force service, for assaulting his wife and stepson. He served a year in confinement following the conviction and was given a bad conduct discharge in 2014.

The Air Force is required by the Pentagon to report criminal behavior like Kelley's to the FBI but failed to do so, according to the release.

This is important because no one convicted of Kelley's crimes should be able to buy a gun under federal law. The Air Force says it is reviewing how the case was handled.

A budget amendment blocks federal funding from being spent on any study that might "advocate or promote gun control."

The shooting had already raised questions about the effectiveness of the federal background check system. Republican Sen. John Cornyn of Texas told Bloomberg on Monday afternoon the gunman "shouldn't have been legally able to get and possess a firearm."