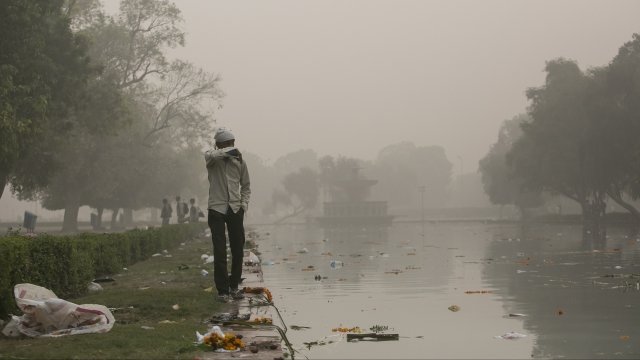 Pollution levels in New Delhi have reached a dangerous high.

According to the U.S. Embassy in India, the air quality index in the capital city peaked at 1,010 on Wednesday. For reference, that number far exceeds the good and moderate air quality numbers, which range from 0 to 100.

Officials warned residents to avoid any outdoor activities. And schools throughout the city will be closed for the rest of the week.

Pollution Could Be Killing More People Than Smoking, War Or Hunger

According to a report from The Lancet, exposure to polluted air, water and soil caused an estimated 9 million premature deaths in 2015.

Air quality in New Delhi typically takes a turn for the worse around this time of year, when cooler air traps pollutants near the ground and prevents them from dispersing into the atmosphere.

But critics argue the government must enact more long-term solutions to get the air quality problem under control, including an improved public transportation system and a ban on dirty industry fuel.