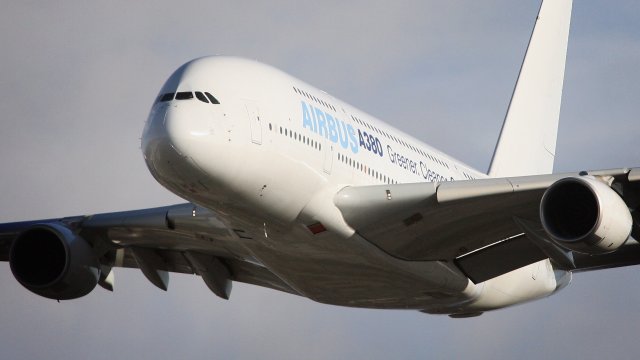 Authorities from France, the U.S. and Britain accepted the deal Friday.

European airplane manufacturer Airbus has agreed to shell out nearly $4 billion to put an end to a global probe into reports of bribery and corruption.

Authorities from France, the U.S. and Britain accepted the deal Friday.

France's national financial prosecutor said Airbus "acknowledged acts of corruption" while negotiating the deal, according to The Associated Press.

The news comes just days after Airbus said it had reached an agreement "in principle" with investigators to avoid prosecution.

As Newsy previously reported, investigations into Airbus began in 2016 after the company said it self-reported for irregularities with its use of middlemen in selling its planes. U.S. authorities were also looking into whether the company violated American arms trafficking regulations.