Al Gore Sure Took His Time To Endorse Hillary Clinton 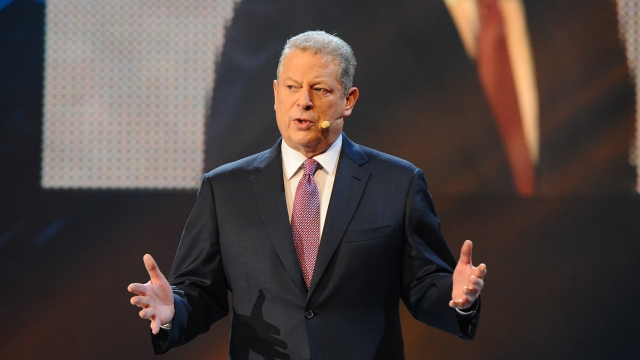 Al Gore announced that he won't be speaking at the Democratic National Convention, though he did encourage his Twitter followers to vote for Clinton.

Donald Trump's nomination at the Republican National Convention made headlines because of all the people who didn't make a speech on his behalf. But Hillary Clinton isn't getting full participation from her party, either.

Al Gore tweeted that he won't be attending the Democratic National Convention, but he is planning to vote for Clinton in November.

Gore's tweets read, in part, "Given the significant challenges facing our nation and the world … including, especially, the global climate crisis, I encourage everyone else to do the same."

The endorsement might be coming a little bit later than many in the party expected. Gore declined to support Clinton several times during the primary process.

Gore hasn't always been reluctant to support a candidate during the primaries. In 2004, he passed on a second election bid and endorsed Howard Dean.

The animosity dates back to Bill Clinton's attempt at health care reform. He tasked his wife with spearheading the reform, which was unsuccessful.

A former Clinton White House staff member told Politico: "Usually you give your vice president something of that level. You don't give it to the first lady. People forget that sort of started the relationship on a downward spiral early on."

The relationship between Hillary Clinton and Gore is reportedly still rocky. But Gore has made combating climate change his top priority. Considering that Trump promised to repeal the Paris climate agreement if elected, endorsing Clinton seems like a logical choice for him.