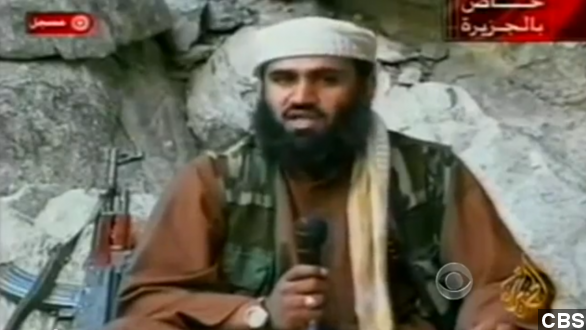 Sulaiman abu Ghaith is accused of spreading Al Qaeda propaganda, including videos after 9/11 urging Muslims to carry out more attacks.

​Jury selection will begin Monday for the trial of an Al-Qaeda propagandist accused of calling for terrorist attacks against the U.S.

Sulaiman abu Ghaith, who is Osama bin Laden's son-in-law, gained attention after appearing in two videos after 9/11 — urging Muslims to carry out more attacks. (Via ABC)

He was captured in Turkey last year, then finally detained by American officials on a stopover in Jordan and brought to New York. (Via CBS)

New York Daily News reports abu Ghaith's lawyers attempted to dismiss the charges or delay the trial last week — claiming they have the wrong man. But that motion was denied Saturday.

The prosecutors are seeking a sentence of life in prison without parole for abu Ghaith, who has pleaded not guilty on three charges involving conspiracy to kill Americans and providing resources to terrorists.

Because abu Ghaith did not directly plan or carry out any terrorist attacks, the death penalty is not being considered. And the defense also hopes to portray him as just a low-level Al-Qaeda member. (Via The New York Times)

Of course, the trial is not without controversy as many question whether suspected terrorists should be tried in the U.S. court system.

According to the Los Angeles Times some believe he should not receive the same due-process rights as U.S. citizens, and those accused of war crimes should be tried in military court at Guantanamo Bay.

But President Obama has been a staunch advocate in closing down the military prison, and the Justice Department wants to show these kinds of trials can successfully be carried out in U.S. courts. (Via The Wall Street Journal)

Abu Ghaith is currently being held in a high-security prison dubbed a "mini Guantanamo" just blocks away from Ground Zero in New York.