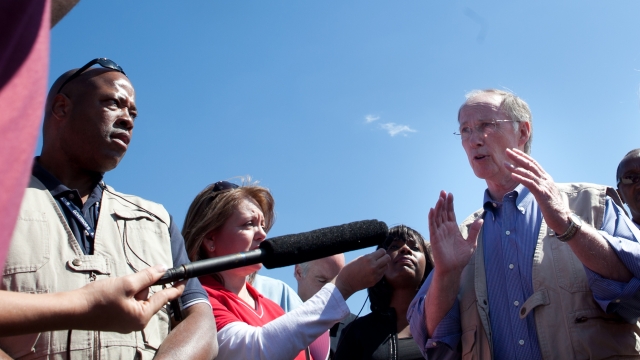 "From the beginning of his second term, he has done nothing but lie and deceive the people of Alabama," Republican Rep. Ed Henry told WAFF.

The governor and his wife of 50 years divorced in 2015. But Bentley says he won't step down as he's done nothing illegal.

"All of it's been clarified; it's all been addressed," Bentley said. "I have put it in the rearview mirror, and others have not."

But for a governor who campaigned on ethics, Bentley is in an especially tight spot.

"I've served my country, my state and my patients with honesty and integrity," Bentley said in a campaign ad. "I'll do the same as governor."

Henry says he'll carry articles of impeachment against the governor. In Alabama, the House will debate impeachment as the Senate acts, essentially, as the jury. Proceedings could start as early as Tuesday afternoon.