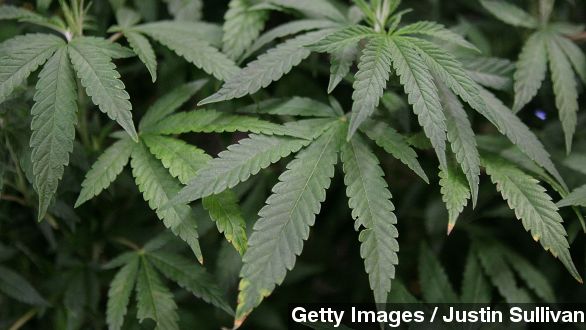 On Tuesday, Alaska's new marijuana laws took effect, allowing anyone older than 21 to legally smoke, grow and own small amounts of marijuana.

The legalization-of-marijuana movement continues with Alaska becoming the third state in the country to allow anyone 21 or older to legally smoke, grow and own small amounts of marijuana.

But similar to Colorado and Washington, recreational marijuana smokers are still supposed to get their high at home. Alaskans are not allowed to smoke in public or hold weed-friendly public events. Smoking in public could result in a $100 fine. (Video via YouTube / irisvideoproduction)

You can carry up to an ounce of weed on your person and not be fined, ticketed or arrested; whereas, before this legislation went into effect, carrying an ounce of recreational marijuana was illegal.

Back in 1975, the Alaska Supreme Court legalized pot use inside as a part of the state's right to privacy. But in 2006, lawmakers passed legislation explicitly prohibiting the possession of marijuana, even at home.

The director of the state's liquor control board said in a statement, "For the people of Alaska, it's a day where all of this 'Is it legal, or isn't it legal?' is straightened out."

But even with this new clarity on the issue, the local government still has many questions to answer. As it stands, the Alcoholic Beverage Control Board and others have to decide on specifics like how to tax marijuana, what is considered a public place, etc.

Recreational marijuana use was already approved in Colorado and Washington. A similar initiative in Oregon was passed in November, but the law won't take effect until July.