An Eruption Of The Philippines' Mayon Volcano Is Now 'Imminent' 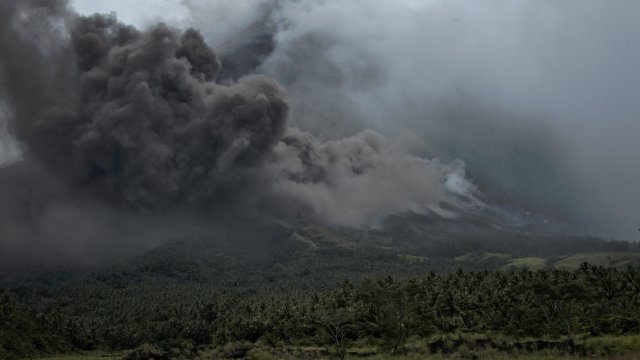 The Mayon volcano in the Philippines exploded Monday. And officials say a dangerous eruption is now imminent.

The most active volcano in the Philippines exploded Monday. And officials say a dangerous eruption is now imminent.

The Philippine Institute for Volcanology and Seismology said the Mayon volcano has been exhibiting "increased seismic unrest, lava fountaining and summit explosions."

And because of that, the agency raised the alert level for the volcano to level 4 — the second-highest on the scale.

The increased alert level also came with a bigger danger zone around the volcano, with officials urging the public to stay away.