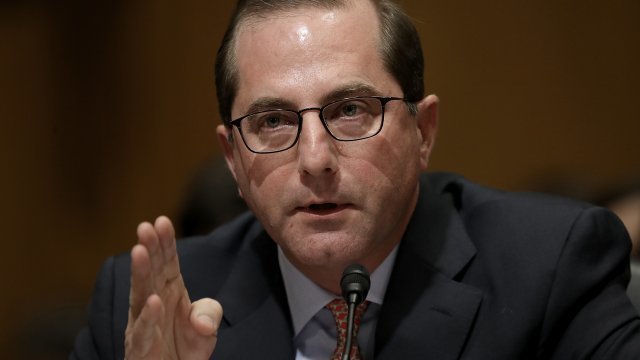 He is the former president of the U.S. branch of Eli Lilly and Co.

The Senate confirmed Alex Azar, a former pharmaceutical executive, as the head of the Department of Health and Human Services on Wednesday.

Azar used to be president of the U.S. branch of Eli Lilly and Co. Now, he'll oversee the Food and Drug Administration, Medicare and Medicaid.

He's replacing Tom Price. Price resigned in September after a series of Politico reports revealed he spent over $1 million in taxpayer money on private planes and military flights.

Azar is taking office amid rising prices in medication.

He himself has complained that drug prices are too high.