All DJ Khaled Does Is Win On Social Media 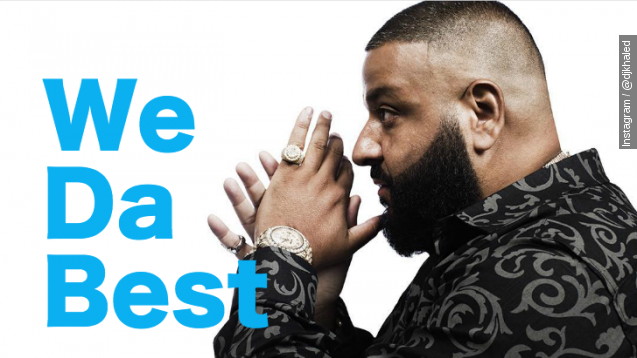 DJ Khaled has successful career as a producer and a few clothing lines. Thanks to social media, he's also a motivational guru.

"All I do is win, win, win no matter what," Rick Ross and DJ Khaled rap.

"Never give up. Never surrender. ... I appreciate you," he said.

He told Tech Insider he uses Snapchat to show people his life and "inspire the young world." (Video via We The Best Music Group / DJ Khaled)

Because even when he's lost at sea on a Jet Ski, there's hope.

With an average 2 million views per snap, he turned his signature phrases into apparel lines.

And now, universities want him to give motivational speeches.

Because when you're struggling in the gym, just remember to do "another one." (Video via Music Choice)

This video includes an image from Getty Images and music by Frenic / CC BY 3.0.