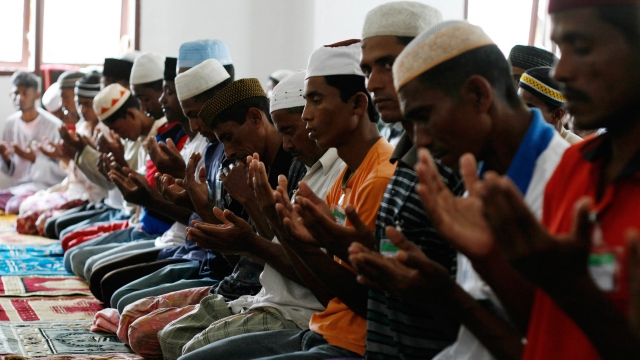 Nearly 29,000 Muslim refugees have been admitted onto American soil since the 2016 fiscal year began last October.

And, for the first time in more than a decade, nearly half are Muslim, according to a new report out this week.

And Pew found since October 2015, nearly 29,000 Muslim refugees have been admitted onto American soil.

They are 46 percent of the total refugees entering the U.S. in that same time period.

Christians make up the second largest group, with a little more than 27,500, which comes out to 44 percent.

The last time Muslim refugee admissions to the U.S. outnumbered Christian refugees was in 2006, amid a massive influx of Somali refugees. But that doesn't mean there were as many Muslim refugees then as we're seeing now.

According to Pew, the last time the U.S. admitted such a high number of Muslim refugees was all the way back in fiscal year 2002. That's the first year that data on religious affiliation was available to the public.

SEE MORE: For Rohingya Refugees, The US Feels Like Being Born Again

Many of those in this year's count are reportedly from Syria, Somalia and Iraq, with others hailing from Burma, Afghanistan and other countries.

The Obama administration set a goal to allow at least 10,000 Syrian refugees into the country by the end of the fiscal year. And it seems to be on pace to meet that goal.

According to reports from the State Department, more than 2,000 refugees arrived in the U.S. from Syria in July alone. That brought the total number of Syrian refugees admitted into the country to almost 8,000.