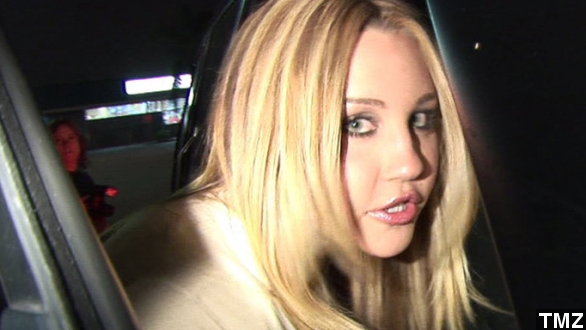 Amanda Bynes has been determined mentally competent to stand trial for her 2012 DUI charges.

The road is now clear for Amanda Bynes to stand trial for her DUI charges.

"Bynes did not appear at the closed-doors hearings, and her attorney did not contest the findings on the psychiatric report on which the ruling was apparently based." (Via KSNV)

According to People, the 27-year-old actress's case was heard Wednesday morning. After reading her court-ordered medical evaluation, a Los Angeles judge determined she was competent to stand trial.

Those charges were from her April 2012 run-in with a parked police cruiser. She was originally scheduled to appear in court in September, but that was postponed for psychiatric evaluation. (Via TMZ)

The charges sparked a string of bizarre legal troubles and outbursts from the actress, including two counts of hit-and-run driving, alarming Twitter rants and an alleged bong-throwing incident in May. (Via KMSP)

"Bynes is currently under psychiatric care in California. She'll be there until December. Earlier this year, a judge ordered her to the facility after Bynes allegedly sparked a fire in a random driveway." (Via News 12 Long Island)

Bynes was reportedly diagnosed with schizophrenia and bipolar disorder. The former child star's mother was granted indefinite conservatorship in August. (Via KNBC)

The ruling has no impact on her conservatorship. It only determined she is capable of understanding the nature of legal proceedings. Medically, she is not able to care for herself.

Bynes was transferred from UCLA Medical Center to a private facility outside of Los Angeles to continue receiving specialized treatment. She'll be reportedly moving in with her parents after her treatment is completed in the next several weeks. (Via E!,  WCBS)

Bynes' next court date is scheduled for Jan. 7.