Amazon Is Experimenting With A Shorter Work Week For Some Employees 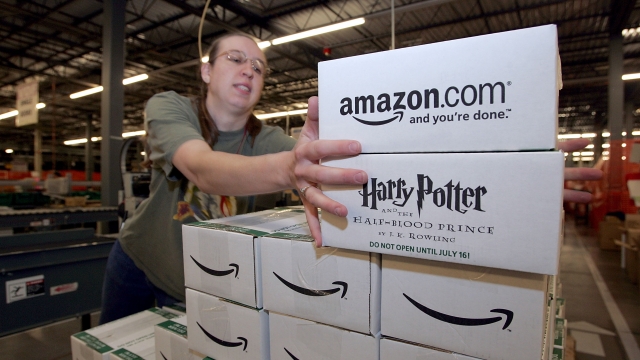 The company is reportedly launching a program that will give a few technical teams a 30-hour work week.

Amazon is reportedly experimenting with a shorter work week for specific employees.

According to a report from The Washington Post, which is owned by Amazon CEO Jeff Bezos, the company is launching a program that will give a few technical teams a 30-hour work week.

The Post says these select employees will be salaried and receive the same benefits as their 40-hour counterparts.

SEE MORE: Amazon Has Brick-And-Mortar Bookstores — And They're Expanding

But they will only earn 75 percent of the pay that full-timers make.

But this is the first time the company is giving that option to specific teams, including their managers.

A posting by Amazon for an informational seminar on the initiative said it was created with the company's "diverse workforce" in mind.

"We want to create a work environment that is tailored to a reduced schedule and still fosters success and career growth."

"This initiative was created with Amazon's diverse workforce in mind and the realization that the traditional full-time schedule may not be a 'one size fits all' model."

Many are speculating that the move is in response to The New York Times' damning investigation into Amazon's work culture last year, which labeled the company as a "bruising" workplace.

But the idea of a shorter work week definitely isn't anything new.

Many companies all over the world have switched to a 30-hour week, and studies show it has increased productivity and happiness among employees.

According to the Post, Amazon doesn't have plans to reduce its work week for the entire company.