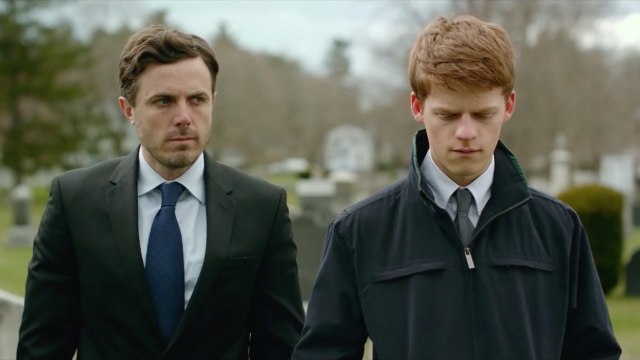 "Manchester by the Sea" is the first film from a streaming service to be nominated for best picture.

Amazon Studios / "Manchester by the Sea"

Amazon Studios made history when its film "Manchester by the Sea" landed a 2017 Oscar nomination for best picture.

It's the first time the award show has recognized a movie from a streaming service in that category.

Amazon purchased the distribution rights to "Manchester by the Sea" for about $10 million after it premiered at the Sundance Film Festival last year. The streaming service outbid big studios like Fox Searchlight and Universal.

Netflix's "Beasts of No Nation" looked like it was going to be a major Oscar contender last year before the Academy snubbed it completely.

After 2 Years Of #OscarsSoWhite, 2017 Nods Have A Little More Color

Seven nonwhite actors were nominated in acting categories this year.

This year, it has a shot in the documentary category for its film "13th."

But until now, those more talked about categories, like best picture and the acting roles, have been just out of reach for streaming services.

Aside from best picture, "Manchester by the Sea" is nominated for five other awards, including best director, lead actor and best original screenplay.

Its producer Kimberly Steward is now only the second black woman to have produced a best picture nominated film. The first was Oprah Winfrey, who produced "Selma."

Original TV shows from Netflix and Amazon have won at other award shows like the Emmys and Golden Globes.