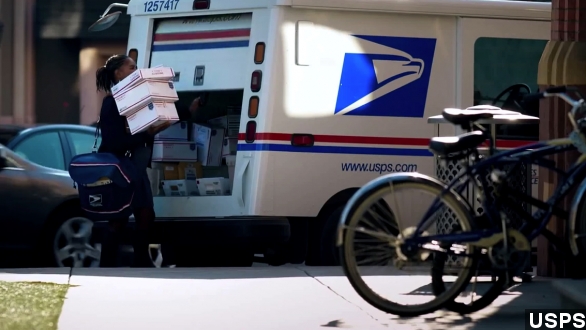 Starting this week Amazon, along with the United States Postal Service will team up to deliver packages on Sunday.

Online retail giant Amazon will put pressure on its rivals this holiday season by offering Sunday delivery service to some metropolitan areas.

Starting this week the company, along with the United States Postal Service will team up to deliver packages on Sunday. Initially, it will be offered in New York and Los Angeles with plans to expand next year.

Sunday is not normally a scheduled delivery day for the USPS.  However, the Postal Service has offered it before, but at a high cost.  Amazon’s special Sunday delivery will be available at no extra charge.

In USA Today, VP of customer service Dave Clark says adding an additional day is part of the retailer’s mission to make online shopping a “seven-day-a-week” experience.  It’s reported the postal service plans to use flexible scheduling to staff on Sundays, but doesn’t plan to add employees.

Besides putting pressure on other online retailers and shippers, Amazon could be giving the struggling Postal Service a much needed profit boost.

“... for the Postal Service is a badly needed new revenue stream. The Post Office lost almost $16 billion last year, they’re in need of a partner.” (via Bloomberg)

And USPS will be the exclusive partner on Sundays. Amazon’s other carriers UPS and Fedex will not be included as part of the deal.

“Shipping and package services have been one of the few bright spots for the beleaguered Postal Service. Shipping and package volume has increased to about 3.5 billion pieces since 2008, and accounts for about $11.6 billion in revenue for the agency.” (via The New York Times)

Keep in mind, this potential “boost” will only come from a core group of uber-Amazon shoppers, it’s Prime members.

Amazon explained in a press release: members of Amazon's Prime program are automatically given free two-day shipping and, now under the new deal, items can be ordered on Friday and delivered on Sunday. Regular customers will pay the standard shipping costs and packages will be delivered on a business day.

The Washington Posts notes, other retailers aren’t standing by idle.  Wal-Mart, Google, eBay and others are experimenting with same-day delivery on certain products.

Amazon said its prepping Dallas, Houston, New Orleans and Phoenix for Sunday delivery service as well.  It’s expected to roll out sometime in 2014.