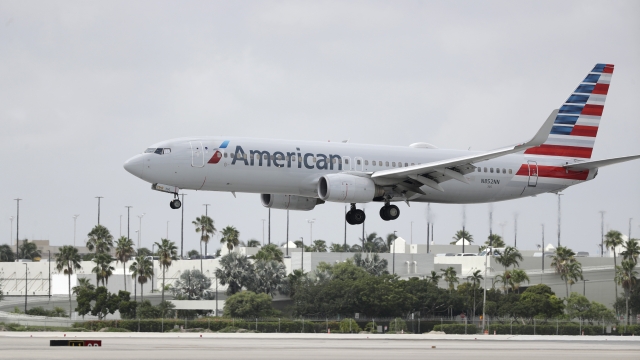 The airline said Thursday it will cancel 700 flights in October, leaving at least eight airports without any commercial air service.

American Airlines says it plans to cancel service to over 15 cities as federal aid expires in October.

The airline said Thursday it will cancel 700 flights in October — leaving at least eight airports without any commercial air service.

American warned that more cities could be cut if Congress doesn't provide additional assistance to airlines.

Flights to most destinations continued as airlines received stimulus money during the height of the coronavirus pandemic. That money came with a stipulation to maintain service to airports that carriers already served.

American is the first airline to announce this move and — without an extension to that stimulus money — more are expected to follow.

Layoffs are also a concern in October. Airline worker unions are pushing hard for Congress to approve $25 billion in payroll support to keep workers in their jobs for another six months.