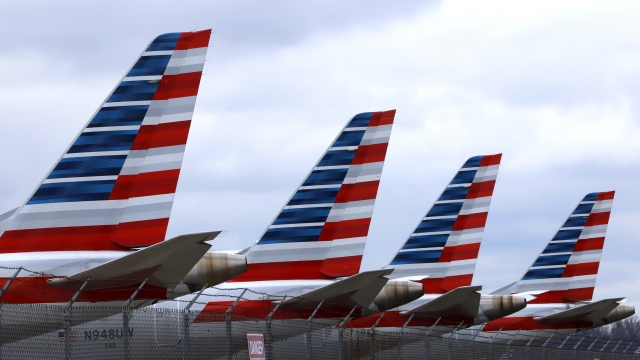 In order to not have to involuntarily cut as many jobs, the airline recommends employees consider taking extended leave or retiring early.

American Airlines told employees it could furlough tens of thousands of workers this fall.

American expects it will need to reduce its staff by about 20,000 employees come fall, so it's possible that not everyone who receives a notice will actually be furloughed. In order to not have to involuntarily cut as many jobs, the airline recommends employees consider taking extended leave or retiring early.

The furloughs are expected to start Oct. 1. That's because airlines that received coronavirus stimulus funds from the federal government earlier this year are prohibited from furloughing their workers or cutting their salaries through the end of September.

The coronavirus pandemic has hit the airline industry extremely hard. American saw its passenger revenue for the month of June drop 80% compared with the same period in 2019.

United Airlines has already warned that it similarly plans to furlough as much as 40% of its workforce — or 36,000 employees — later this year.