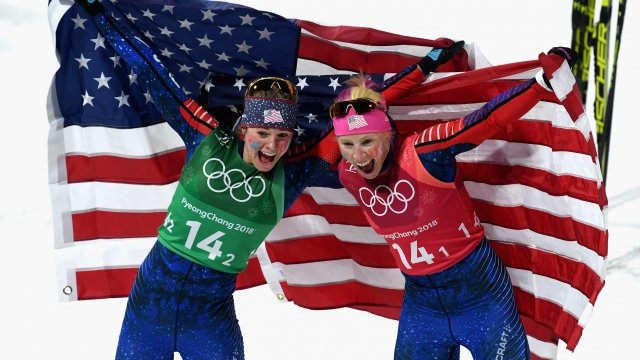 Olympics history was made in South Korea on Wednesday when two American athletes became the first to score a gold medal for the U.S. in cross-country skiing.

Randall and Diggins join Bill Koch as the only American skiers to win cross-country Olympic medals. He snagged a silver medal at the 1976 Games in Innsbruck, Austria.

And Randall says their big win still doesn't feel real. She told reporters after the race, "It's what I've been working on for 20 years and with this team for the last five years and wow. It's just so fun to put it together."