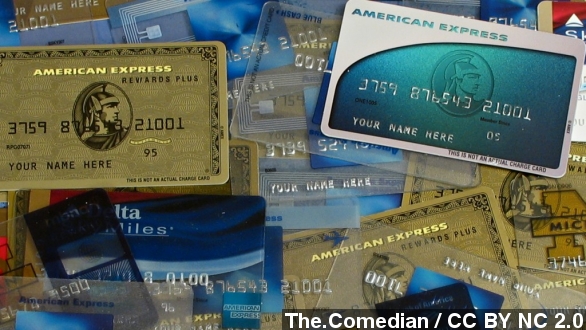 The credit card company announced Thursday its exclusive deal as the only credit card accepted by the wholesale giant would expire in March of 2016.

Costco shoppers will soon have one less thing to worry about leaving home with.

The credit card company announced Thursday its exclusive deal as the only credit card accepted by the wholesale giant would expire in March of 2016.

Which sent its stock into a tailspin. The company's shares dropped steeply following the announcement — losing around $6 per share and nearly $5.9 billion in market value overall Thursday. (Video via American Express)

According to MarketWatch, it was American Express' biggest one-day price decline since September of 2008.

And investors had good reason to be worried. According to the National Retail Federation's 2014 list, Costco was the third-largest U.S. retailer with nearly 470 stores across the U.S.

The Wall Street Journal quotes American Express' CEO in a conference call saying: "It's not easy to see a long-standing partnership end, but when the numbers no longer add up it’s the only sensible outcome." (Video via CNBC)

This video includes an image from The.Comedian / CC BY NC 2.0 and music from Broke For Free / CC BY 3.0.