American Pharoah's Toughest Race Is Yet To Come 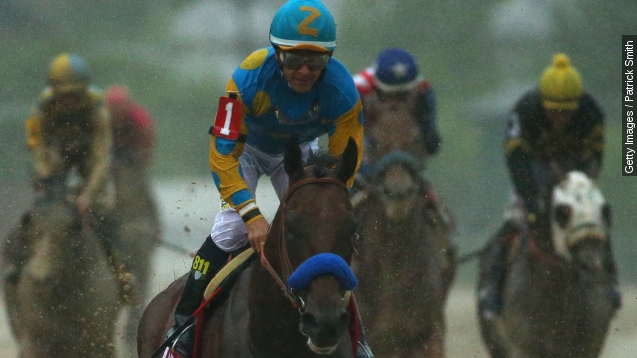 American Pharoah is looking to become the first Triple Crown winner since 1978, but Belmont could spoil those plans like it has so many times before.

Here we go again. Another sensational thoroughbred has a shot at the ultimate horse racing achievement.

The Bob Baffert-trained horse ridden by jockey Victor Espinoza won the Kentucky Derby earlier this month, which means its taken the first two legs of the Triple Crown.

Now, all eyes shift to the Belmont Stakes in New York on June 6, as American Pharoah attempts to become the 12th horse ever to complete the coveted trifecta. (Video via Maryland Racing / Preakness Stakes)

No horse has won the Triple Crown since Affirmed accomplished the feat in 1978, so it's definitely rare. And, especially in recent years, it's that final race at Belmont that has proven to be the toughest obstacle to overcome.

In fact, since 1997, a total of nine horses have won both the Kentucky Derby and the Preakness, but fell short at Belmont.

It happened to California Chrome, another horse ridden by Espinoza, last year. So, what makes a victory on that third and final leg so difficult?

NPR reported on some of the more prevailing theories before last year's race.

For one, it's the finale of an exhausting schedule — three big races in the span of five weeks. Belmont is also a very sandy track, thus its nickname: "The Big Sandy." And it's also at a mile-and-a-half in length — a bit longer than the other two legs of Triple Crown, which analysts say really puts the horses to the test.

"Ordinarily, when they come around the far turn, that's a good time to ask your horse to start to put in his maximum effort. If you do that in the same spot on the track here as you do at other race tracks ... they're probably going to run out of energy and speed before they get to the finish line," Brooklyn Backstretch writer Teresa Genaro said.

In 2013, Penny Chenery, who bred and raced 1973 Triple Crown winner Secretariat, was quoted in USA Today saying another big reason is that training and breeding methods have changed a lot in recent years to become more focused on instant gratification. (Video via ESPN)

"People who invest in horses today want a quick return. And in my day, you bred your horse, you trained him yourself, you raced him yourself and you allowed the horse to tell you what he needed."

Despite everything seemingly stacked against American Pharoah, Odds Shark says the horse is favored to take Belmont in June and win the Triple Crown.

This video includes images from Getty Images and music from Breakzlinkz / CC BY 3.0.