Some Of America's Largest And Most Important Rivers Are In Crisis 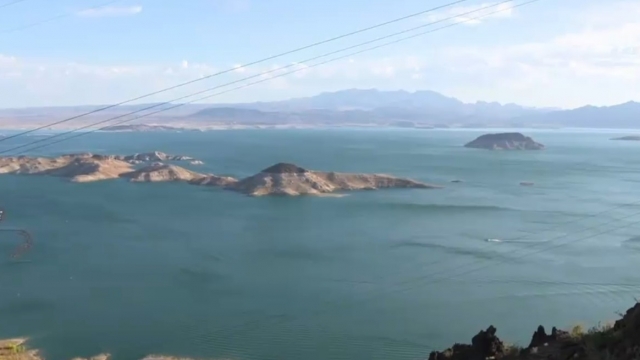 The nation's most endangered river is the Colorado River.

America's rivers connect the country, providing most Americans and businesses with a supply of fresh water.

American Rivers unveiled its annual list of the most endangered rivers, and the trouble spans the entire country. Rivers from coast to coast and border to border are endangered.

This year's list includes: Tar Creek in Oklahoma, the Los Angeles River, Arizona's San Pedro River, the Lower Kern River in California, the mighty Mississippi River, the Coosa River in the Southeastern U.S., Maine's Atlantic salmon rivers, the Mobile River in Alabama, the Snake River in the Pacific Northwest, and the most endangered river, the Colorado River — which might not be that big of surprise.

The Colorado River provides water for 40 million Americans, or at least it's supposed to.

The "megadrought" gripping the Western United States has dramatically reduced the river's inflow, combined with the demands of people and farms.

The drought is the worst in 1,200 years. The group behind the list says that's a big part of the problem, but it also blames outdated water management.

"The Colorado does not make it to the end to the Gulf of Mexico — it dries up," said Kiernan.

The river feeds the Lake Powell Reservoir in Utah and Arizona, which is at historically low levels, and just a few feet away from shutting down the Glen Canyon Dam, which means less water for communities up and down the river.

"What we can do is change our management policies to acknowledge we have a river that doesn't have the flows it used to have," Kiernan said.

But it's not just climate change and drought threatening the rivers. Manmade dams, pollution and too much water withdrawals are all hurting the rivers. The common thread: They're all directly tied to human actions.

In the Northwest, the Snake River is on the list again this year.

"The four lower Snake dams are causing an ecological catastrophe for the salmon populations," Kiernan said

And to the Gulf Coast, coal plant waste is polluting the Mobile River in Alabama. American Rivers says the polluted rivers are overwhelmingly threatening minority communities.

"The dirtiest part of the river are communities that have diverse folks or tribal nations," Kiernan said.

While this all sounds dire, there is hope. Rivers are dynamic. Over time, the environment can heal itself, as long as humans don't interfere.

And for the Colorado River, Pellegrino says "it's going to take multiple successive years of average or above average inflow to get out of the situation we're in," which was caused by government policies and human-created climate change.