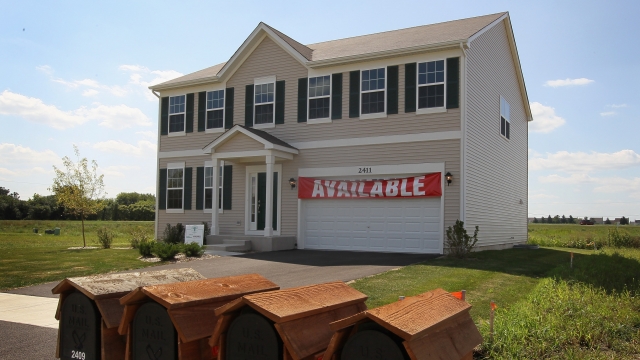 Americans are "boomeranging" back to small-town life.

Life in small-town America is often painted as boring even — bleak. Boarded-up storefronts. No young people. No jobs. Closed schools. Places with a lot of yesteryears and no tomorrows.

Some stats back up that story. Consider these four facts from The New York Times, with the headline "The Hard Truths of Trying to ‘Save’ the Rural Economy":

The median age is 43, seven years older than urban residents.

Productivity is lower than in urban America.

The United States has grown by 75 million people since 1990, but most of that was in cities and suburbs. Rural areas have lost about 3 million people.

But don't despair, rural-ites, change is afoot — or at least there appear to be pockets of promise.

Take population. Nationwide, rural areas, defined by the USDA as being outside cities and suburbs, gained population between 2016 and 2017 — the first time in several years. They grew by roughly 33,000. Jackson County, Georgia, is an example. It's not too far from Atlanta and Athens, but still rural. Farm equipment manufacturing and distribution centers helped attract 2,500 residents, stopping losses seen as recently as 2013.

This uptick in rural population comes at a time when growth in urban areas shows signs of cooling off dropping from annual growth of about 1 million to 900,000 between 2015 and 2016 and to about 700,000 the next year.

Rural Minnesota is another bright spot of rural resurgence. Turns out there’s something of a circuit for many people: They finish high school, leave their small town go to college and work in the city. But there’s a boomerang to rural areas in their 30s or 40s — with college degrees, experience and many of them with kids. Add to that: Some city dwellers are moving to rural areas for the first time.

Research finds many of them are in their prime earning years and are entrepreneurs. This means the rural brain drain of a few years ago is transforming into a brain gain in some rural towns, meaning new taxpayers, students and shops. One researcher calls the newcomers "brain gainers". It's too soon to say whether rural America is bound for a full-scale rebound. What is certain is that small-town America has long been romanticized and celebrated.

Then again, as Architectural Digest notes, one of Mellencamp's homes is in New York's SoHo neighborhood — not exactly a rural utopia. Come to think of it, Fifth Avenue could use a five-and-dime.