American Teacher Gunned Down In Libya 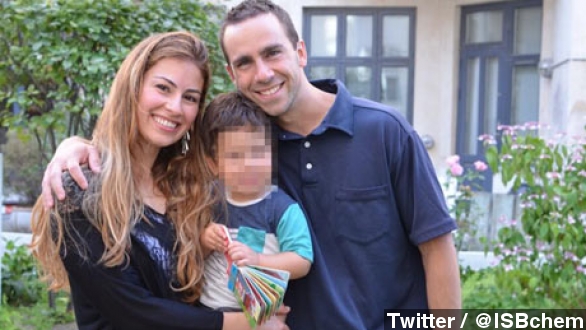 A U.S. citizen who was teaching at an international school in Benghazi was gunned down Thursday.

An American citizen and a well-liked teacher at Benghazi's international school was shot to death in broad daylight Thursday morning.

Several outlets reported the victim as Ronnie Smith, who taught chemistry at a school that follows an American curriculum. He is survived by his wife and young son. (Via The Guardian)

"It happened on a main street in the city ... between about 10:30 and 11 in the morning. He was jogging, people were waving to him, he was well-known in the area, we are told. And then a black Jeep road up, gunman shot him through the chest and rode off." (Via Fox News)

He was pronounced dead at a local hospital. The school's director said Smith was "so sweet to everyone."

There was an outpouring of condolences for Smith and his family from students on social media. (Via Instagram / juhaynaalfitory)

And on Twitter, the loss of a beloved teacher is definitely felt. One wrote: "smith was a kindhearted, generous person. I was a target of his kindness and generosity RIP my best teacher&friend ;(" and "When we gave up he didn't. RIP to Libya's best friend." (Via Twitter)

The last person to be called Libya's best friend was Ambassador Chris Stevens, who, a writer for the The Daily Beast says, was an "important behind-the-scenes contributor to its liberation."

If you'll remember, Stevens and three others were killed last year during an attack on the American Embassy in Benghazi. Militia group Ansar al-Sharia is suspected of being responsible for that incident.

The BBC notes the group has "been told by the interim government to disband or join the army by the end of the year."

No one claimed responsibility in the immediate aftermath of Smith's killing.