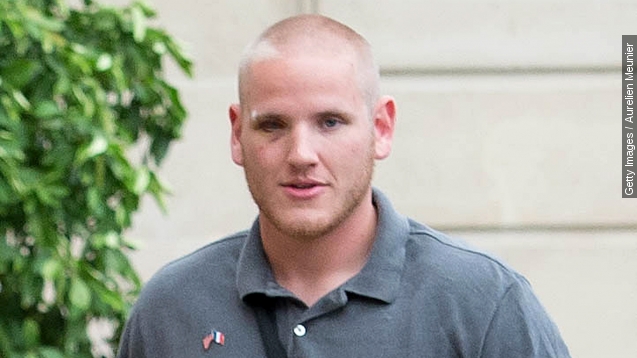 One of the three Americans who helped thwart a terror attack on a French train was stabbed. The Air Force said he is in stable condition.

One of the three Americans who helped thwart a terror attack on a French train was stabbed around midnight Wednesday.

The Air Force confirmed to NBC on Thursday that Spencer Stone was stabbed in Sacramento, California, but declined to offer more details. (Video via ABC / "Jimmy Kimmel Live")

"He is alive and in stable condition at this time," the Air Force said in a statement. "We do not have any information as to the events preceding the incident."

Local media reported the stabbing early Thursday but did not name Stone as the victim, who several outlets say suffered "multiple stab wounds to the torso."

Stone is reportedly being treated at a local hospital, and the Air Force says police are investigating the situation. (Video via The Telegraph)