There Are Still Detained Americans In Russia After Griner's Release 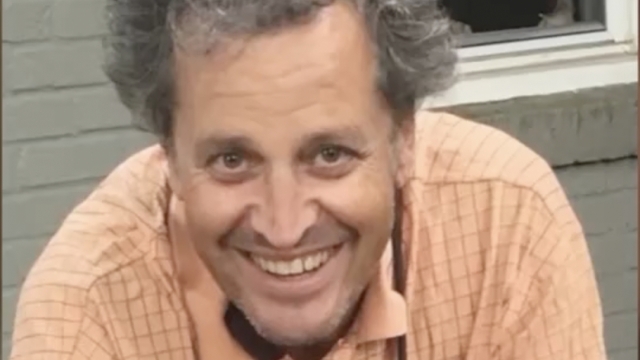 Anne Fogel’s brother Marc and another American Paul Whelan weren’t part of the exchange — a huge blow to their families.

A moment of joyous celebration was felt for one family as President Joe Biden announced the release of WNBA star Brittney Griner in a prisoner swap with Russia Thursday morning.

But that joy meant heartbreak for two other families.

American teacher Marc Fogel and another American Paul Whelan weren’t part of the exchange — a huge blow to their families.

"I can't say that I'm happy. I'm not. I'm happy for the Griner family. I'm devastated for the Whelan family, as well," said Anne Fogel. "I don't know that [Marc] knows. I fear for his response when he does learn."

Marc Fogel, an International Baccalaureate history teacher from Pennsylvania, was sentenced to 14 years in a penal colony after Russian Airport authorities found less than 20 grams of medical marijuana on him. A doctor prescribed it for chronic pain.

"Marc is a phenomenal, phenomenal individual. He has brought so much good into the lives of his students. He's a teacher. He is a history teacher. He's unlawfully detained," said Anne Fogel.

The family has been pushing for him to be designated by the State Department as wrongfully detained but with no success.

Whelan has that designation. He’s detained on espionage-related charges his family disputes. In a phone interview with CNN he expressed great disappointment.

"I'm happy that Brittney is going home today and Trevor went home when he did, but I don't understand why I'm still sitting here. My bags are packed, I'm ready to go home. I just need an airplane to come and get me," said Whelan.

"Sadly, for totally illegitimate reasons, Russia is treating Paul's case differently than Brittney's, and while we have not yet succeeded in securing Paul's release, we are not giving up," said President Biden.

And while President Biden addressed other Americans being held abroad in general terms, the Fogel’s wanted to hear him say Marc’s name.

Another American, Marc Fogel, Is Detained In Russia Over Marijuana

Newsy's Maritsa Georgiou talks with the family of a Russian prisoner who they want designated as "wrongfully detained" by the Biden administration.

"They aren't even saying his name which the guy come back to I mean, I guess they believe he had a fair trial. It's so hard to fathom. That they they that they believe that he is lawfully they're in jail. So I'm so perplexed and disheartened," said Anne Fogel.

Other leaders expressed the same bittersweet emotions over Thursday’s news.

"I think this is good news for Brittney, for her family. But frankly there are too many other Americans being held captive by other countries," said Sen. Chris Coons.

"I'm glad that any American including Ms. Griner is released from a Russian penal colony. Obviously I wish that on no one. I hope the Biden administration keeps up its efforts to return more Americans like Paul Whelan, who's still in custody in Russia," said Sen. John Cornyn.

On Twitter, Representative Guy Reschenthaler of Pennsylvania said he will continue to advocate for Fogel’s release and for him to be classified as wrongfully detained.

Former U.S. Ambassador to Russia Michael McFaul whose son was one of Fogel’s students said he hopes this adds momentum for Whelan and Fogel’s release. Marc’s family has the same hope.

"We're certainly hoping that we can use the momentum that that Britain and Garner has has gained to make sure that the Americans know that that we there's someone there other people there that aren't being named," said Anne Fogel.

And if Anne could say one thing to the Griner family? "Merry Christmas. I'm so happy that that you have your loved one home. Please give us a hand. We need a hand."

And she has one more message for the Biden administration concerning her brother Marc: "say his name."