Americans Throw Out Hundreds Of Dollars In Uneaten Food 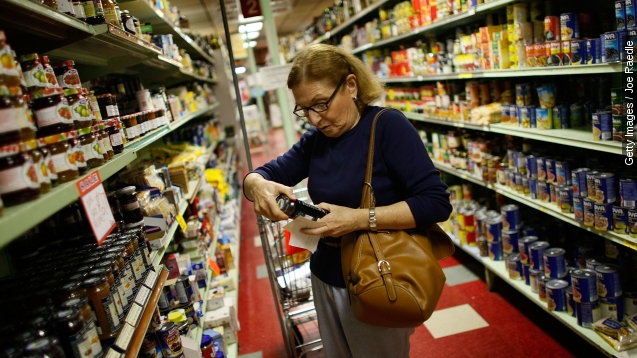 The American Chemistry Council found households in the U.S. throw out around $640 worth of food every year.

We're throwing out a lot of food here in the U.S., a new survey from the American Chemistry Council found.

It found American households throw away $640 worth of food each year, on average.

"And while many use leftovers for meals, about 75 percent of people surveyed say they throw them away," a WKEF anchor said.

Of the 1000 people surveyed, the American Chemistry Council found that 51 percent reported they end up throwing away food they never get the chance to eat.

This new information is pretty much on par with what's been reported previously.

In 2013, the Institution of Mechanical Engineers found that as much as half of the world's food produced every year never makes it onto plates. (Video via KAKE)

And the U.S. Department of Agriculture reported about one-third of the food produced for the country in 2010 was thrown away.

One of the main reasons food gets thrown out is because of food labels, a study from the Natural Resources Defense Council says. One of its scientists concluded, "Phrases like 'sell by,' 'use by,' and 'best before' are poorly regulated, misinterpreted and leading to a false confidence in food safety."

"You can drink milk five to seven days after it's sell by date. ... For meat, it's three to five days in the refrigerator. Haven't eaten it yet? Put it in the freezer," nutritionist Tanya Zuckerbrot told CBS.

A professor at Cornell University told USA Today that he's found people do feel guilty when they throw away food.

"What bothers most people is that it makes them feel foolish...having to admit you were wrong to prepare so much food or serve so much food if we're not eating it," Brian Wansink said.

As for some tips on how to store food properly so that you aren't throwing it out as fast?

The U.S. Food and Drug Administration recommends eating foods that can't be frozen, like lunch meat, right away, and never letting produce, meat or seafood sit out for more than two hours in room temperature air.