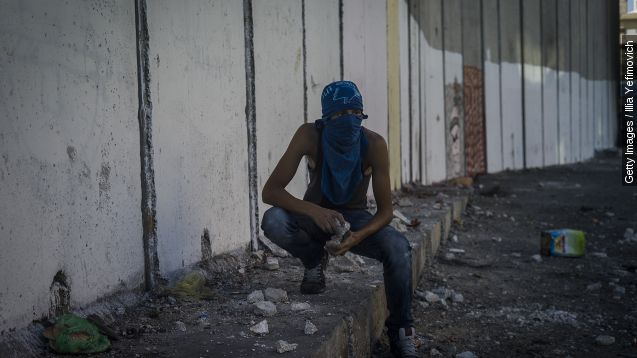 The recent surge in violence plaguing Israel came to a head Friday when clashes at the Gaza border left six Palestinians dead.

It follows a string of seemingly random attacks on Israeli soldiers and citizens by Palestinians that have taken place over the past few weeks. The attacks, which don't appear to be linked to any specific group, have also inspired retaliatory violence from Israeli vigilantes.

Israeli Prime Minister Benjamin Netanyahu has called the attacks a "terror wave," and the U.S. State Department condemned the violence as "acts of terror." And Hamas's leader in Gaza has celebrated what he's calling an "intifada."

Tensions between the two groups have been inflamed recently over rumors of a planned Israeli power grab at the contested holy site in Old Jerusalem — something Netanyahu has vehemently denied.

The violence hasn't reached a full-scale uprising yet, but it is posing a severe challenge to the area's leaders. Netanyahu is facing questions about domestic security from Israeli hardliners, while Palestinian President Mahmoud Abbas' inability to quell the violence is costing him credibility.