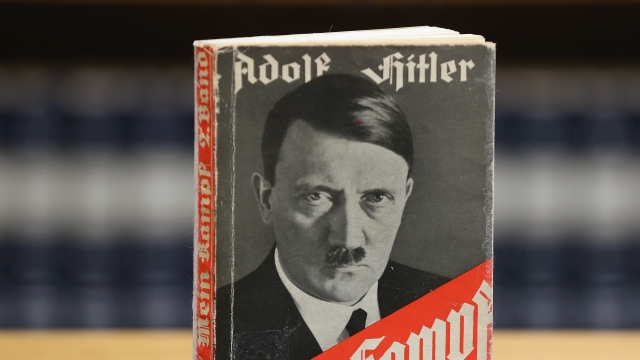 While acknowledging criticism from some in the Jewish community, the outlet argues reading the book could help prevent violence in the future.

An Italian newspaper gave away copies of Adolf Hitler's book "Mein Kampf," and it didn't go over so well.

Il Giornale is selling a multi-volume history of the Third Reich and is offering free copies of "Mein Kampf" to readers who buy the first volume. The paper says it's not condoning anti-Semitism or the atrocities of Nazi Germany.

While acknowledging criticism from some in the Jewish community, the outlet argues reading the book could help people better understand "the crimes of Nazism" and therefore prevent them from being repeated in the future.

"Mein Kampf" was originally published in 1925, but the newspaper says the book it made available is a different version with commentary on the original text.

At the beginning of 2016, "Mein Kampf" went into the public domain after previously being banned from publication in Germany. Publishing versions of the book without proper annotations is still illegal in Germany.