Honey Analysis Shows Insecticide Contamination All Over The World 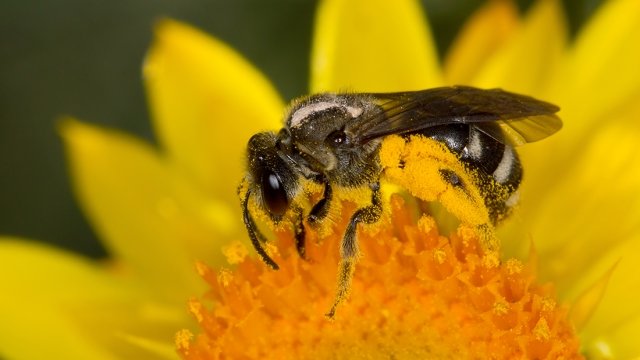 An analysis of honey from around the world found trace amounts of insecticides, which could be bad news for bees.

Honey from all over the world contained traces of insecticide, a new analysis shows.

The highest honey contamination rates were found in North America, where 86 percent of tested honey was contaminated with at least one neonicotinoid. Asia and Europe followed.

When Choosing Flowers, Bees Go For Their Nicotine Fix

Scientists tested if bees could be influenced to pollinate certain flowers because of chemicals the plants released.

Neonicotinoids are some of the most commonly used insecticides. And their presence in honey could be bad news for bees.

Pollinators like bees help about one-third of the global food supply, but their populations have been declining for the past few decades. And there's some worry the declining population could make human nutrition levels worse worldwide.

Neonicotinoids aren't the only reason populations are in decline. A warming climate and loss of habitat also contribute to the loss.