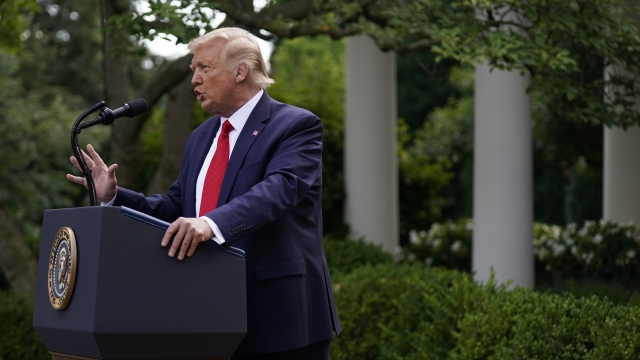 The justices rejected the idea of presidential immunity and ordered Pres. Trump to cooperate with the state and Congressional subpoena process.

The Supreme Court orders handed down Thursday don't bring an end to the fight for President Trump's financial records, but they made one thing very clear:

"Essentially no one is above subpoenas. Because there's an old phrase about the public is entitled to every person's evidence. And even if you're the president, that still goes," said Walter Olson, a senior fellow at the Cato Institute.

In New York County Court, President Trump was trying to block a grand jury subpoena to his accounting firm Mazars for eight years of his financial records. The justices unanimously rejected the idea of absolute presidential immunity, but that doesn't mean District Attorney Cyrus Vance will get access to every document he wants.

Despite the rejection of the president's immunity claim, the White House says they got a win.

"He takes issue with the point that the majority made on absolute immunity but nevertheless I would underscore the victory here on Cy Vance, the attorney was not given what he wanted," said Kayleigh McEnany, White House Press Secretary.

In another case involving Congress seeking the records, the justices rejected the extreme positions presented by both sides. They said the president does have a duty to cooperate with Congressional subpoenas, but the House can't demand absolutely anything it wants.

"They are steering the course down the middle. The House can do some investigating. It's probably going to have to tie it to legitimate House interests, whether it be oversight of some law or a particular bill that they're thinking of passing, but it's not supposed to be a fishing expedition," said Olson.

"Leave it to House Democrats who did a partisan impeachment, a political witch hunt against this president, and this was yet another part, only to be rebuked by the Supreme Court," she said.

The lower courts will now step back in to mediate the disagreements between all parties. And depending on how those discussions go, there's always the chance this issue could end up back in front of the Supreme Court.