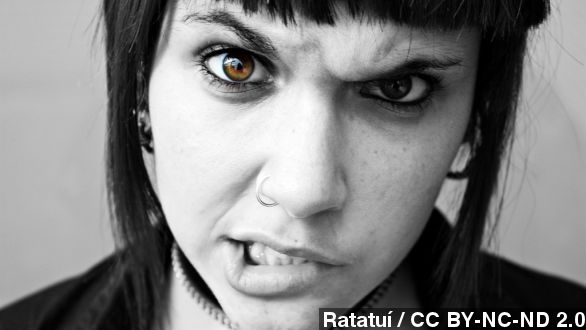 ​Want your rebellious teenager to hate you just a little bit more? Well this could do the trick.

“All I have to do is touch the app, tap his name to lock Bradley’s device. … And if you watch Bradley’s phone it’s going to go blank.”

Parental punishments have officially gone digital. Ignore No More is an app created by a Texas mother Sharon Standifird that allows parents to lock their child’s phone with a simple four-digit code. While the phone is locked the child can’t call anyone except for you and the police.

Yep, for just $1.99 you too can control your kid’s life in and outside of the house.

And if the tech savvy teenager wises up and tries to deactivate the device, don’t worry the phone will automatically lock and send the parent an email saying, “WARNING CHILD TAMPERING WITH IGNORE NO MORE!”

And the fun doesn’t have to stop there, here are a few other apps that will help you keep an eye on any of little Timmy’s social media wrongdoings.

“Now I don’t even have to look at Facebook, … I get an alert telling me when she’s made a new friend.”

“Use it as a location tool, use it as a social media monitoring tool”

“This to me almost sounds like the leash you have between your kids as you’re walking them through the park.”

A similar app with a little more power is the “My Mobile Watchdog” App which, among other things, allows parents to: review text history, approve new contacts and monitor recieved pictures.

As for the Ignore No More App, it’s only available for Android devices right now but the Houston mother says an iPhone version is in the works.