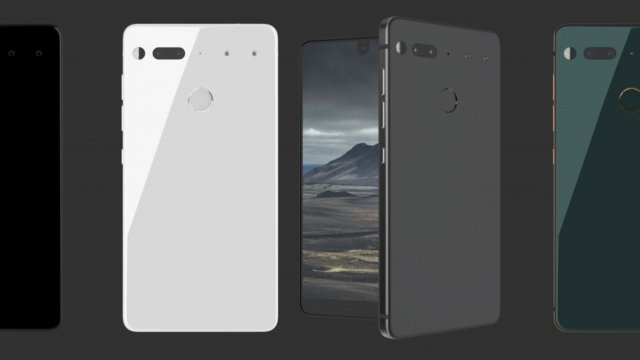 Essential will have to compete with these three big smartphone makers: Apple, Samsung and Google.

A new gadget is entering the smartphone arena with some pretty big investors — but it's up against some tough competition.

Essential — a titanium-encased smartphone — has so far raised over $300 million from major tech companies like Amazon and other venture capital firms.

Why is it gaining so much attention among investors? It's being developed by Andy Rubin — the man who created Android — to overtake companies like Apple.

Made with titanium, Essential hopes to be more durable than other smartphones on the market, which are more commonly made out of aluminum. The device will also feature an open software ecosystem — one of the main features of Android smartphones — which is in contrast to the closed system of Apple.

But one of the most unique features of the upcoming smartphone has to do with the interchangeable accessories it can support. One of those accessories? A 360-degree camera.

These features were developed to make sure Essential could "evolve" with users. In other words, the smartphone wants to avoid the planned obsolescence that permeates the industry.

Other phones, such as the mostly conceptual Phonebloks or Moto Z, have dabbled with the concept of modular smartphones for similar reasons. But critics say the technology never really took off.

Apple and Samsung are currently in control of 13 percent and 20 percent of the smartphone market, respectively. Essential hopes to compete by innovating faster and focusing on smaller distribution.

Critics are skeptical of this strategy, especially considering the saturation of the smartphone industry and the demise of other niche smartphones. Back in July, the company behind the $10,000 Vertu smartphone shut down operations. And the privacy-focused Blackphone might meet a similar demise.

Smartphones Are Probably Not Making Us That Much More Intelligent

Researchers wanted to find out if the mere sight of a smartphone was enough to impair cognitive functioning.

Essential is also going up against some heavy competition. Both Apple and Samsung are coming out with new phones this year, while Google is also planning to follow up on its successful Pixel line. Beyond those three big companies, Essential will have to face off against another major smartphone newcomer.

Red's Hydrogen smartphone totes a holographic screen, as well as a titanium build on its premium model.

Despite the competition, launch details for Essential will be revealed next week.