Beverage Companies Step Up To Help After Hurricane Harvey 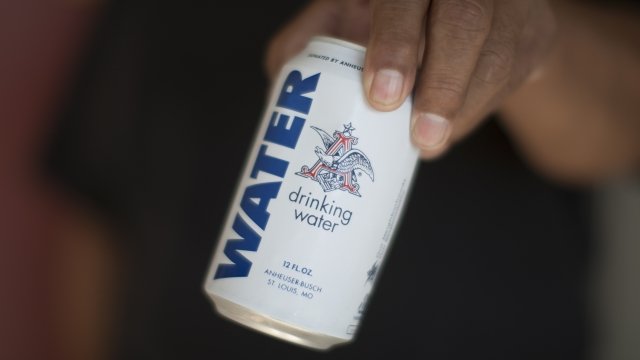 One beer company is sending more than 150,000 cans of canned drinking water to communities affected by Harvey, once a Category 4 hurricane.

Before Hurricane Harvey even hit, a few beverage companies were ready to help.

On Monday, for example, Anheuser-Bush said it plans to send more than 150,000 cans of drinking water to the Gulf Coast area to help communities affected by the storm.

One of its breweries in Georgia regularly pauses normal production to stockpile emergency canned drinking water.

Some Of The Many Ways You Can Help Harvey Victims

So in times of crisis, Anheuser-Busch has water ready to donate. And that preparation has paid off a few times over the years.

The company says since 1988, it's donated more than 76 million total cans of drinking water after natural disasters, like the Louisiana floods, California wildfires and Hurricane Matthew.

And other beverage giants are also helping with access to clean drinking water in the aftermath of Harvey.

And PepsiCo pledged a $1 million grant to the Red Cross that includes providing purified drinking water.