One Brewer Wants A Greener Way To Ship Beer 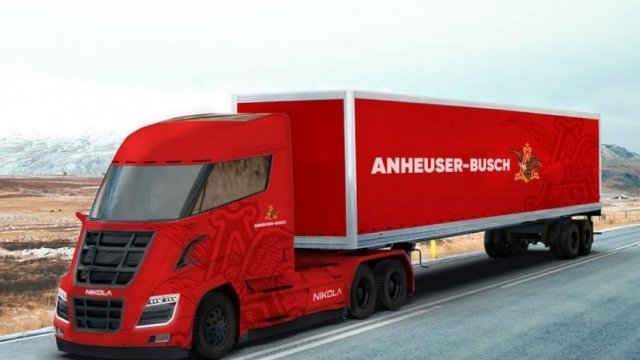 Beer could get a lot more environmentally friendly — well, at least in how it's shipped.

In that spirit, brewer Anheuser-Busch says it plans to add 800 hydrogen-electric semi-trucks to deliver its suds.

Here's how those trucks work: Hydrogen gas in compressed tanks is combined with oxygen from the outside air. That combination creates two emissions: water, and the electricity that powers the truck.

Nikola Motor Co. says the semis can run anywhere from 500 to 1,200 miles between fill-ups and take only about 20 minutes to refill.

But then there's the question of where Anheuser-Busch's trucks will refuel. That's part of the brewer's deal with Nikola. The motor company says it'll build 28 hydrogen fueling stations.

Anheuser-Busch says it plans to use the new trucks in a few years.