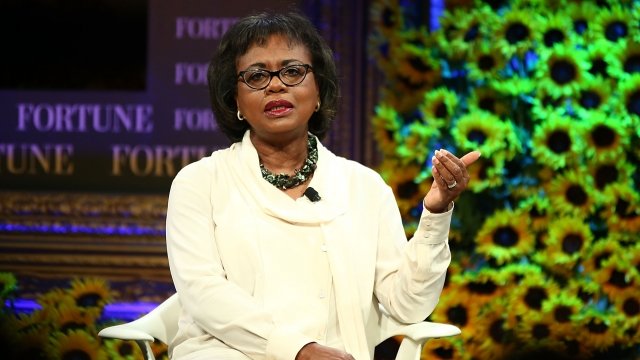 Decades before the #MeToo movement, Anita Hill spoke up. Hill is credited with sparking the first big national conversation about sexual harassment.

"What happened next and telling the world about it are the two most difficult experiences of my life," Hill said in 1991.

In 1991, Hill testified in a hearing that Clarence Thomas — her former boss and then-Supreme Court nominee — had sexually harassed her while they worked together.

Thomas still went on to be confirmed, but after Hill spoke out, other sexual harassment survivors came forward. From 1991 to 1996, the Equal Employment Opportunity Commission saw sexual harassment cases double.

But that didn't stop Hill from being vocal over the years about the enduring issue of sexual harassment.

"We also have people understand now that sexual harassment is a violation of civil rights," Hill said in April.

But with recent stories of sexual assault and harassment coming from women, Hill is demanding more.

"We need to also ask today for our leadership, whether it's in the public or private sector, to step up and tell us what they're going to do to stop the problem," Hill said in October.