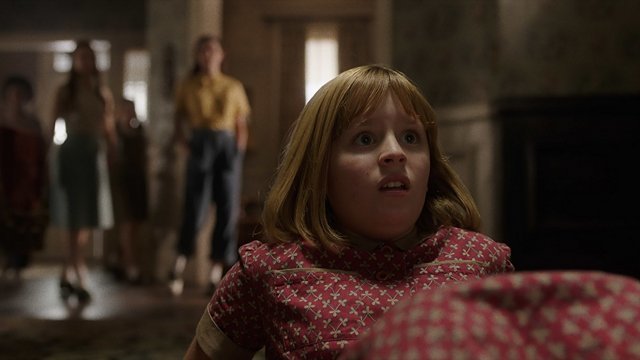 Having spent just over $80 million to produce all four "Conjuring" films, the return on investment for Warner Bros. is about 12 times that.

Taking the No. 1 spot this week and furthering our collective obsession with possessed children is "Annabelle: Creation," bringing in an estimated $35 million in its first week out. That weekend domestic total is more than double the production budget and is right in line with the opening weekend for "Annabelle."

But unlike 2014's "Annabelle," the quality of this film keeps with the high standards set by "The Conjuring," which was praised by critics and horror enthusiasts alike. "Annabelle: Creation" is having a similar reception.

"Thanks to the sincerity of its characters and director David F. Sandberg's execution, though, what could have been emotionally vacant or downright silly is instead genuine and spooky," IGN's Jim Vejvoda said.

It seems the horror business continues to be a good one for Warner Bros. Having spent just over $80 million to produce all four of these films, the return on investment as of this latest opening weekend is about 12 times that.

The director known for the cult horror classic "Night of the Living Dead" died after battling lung cancer.

Holding on to the No. 2 spot this week is "Dunkirk," earning about $11.4 million domestically in its fourth week out and pushing its worldwide total past $363 million.

And debuting at a lackluster third place is "The Nut Job 2," bringing in an estimated $8.9 million. That's less than half what the original "Nut Job" film made in its opening weekend — not that "Nut Job's" box office numbers (or critical reception) are necessarily something to aspire to.

As for next week: Magic Mike, Kylo Ren and James Bond — all in the same movie, "Logan Lucky."