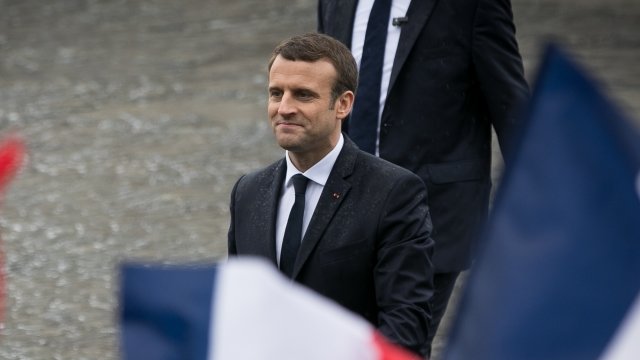 France's labor minister is being investigated over a government event she organized last year, which Macron happened to attend.

Political scandals helped pave the way for French President Emmanuel Macron's election victory in May. But now that he's in office, political scandals are becoming more of a problem for him.

The latest headache is a French investigation into a lavish party thrown in Las Vegas at the 2016 Consumer Electronics Show. Macron, who was the economy minister at the time, was the star speaker at the event.

Macron's not directly in trouble, but Labor Minister Muriel Pénicaud might be. She helped organize the event and might have improperly awarded a contract to a PR firm.

France's New President Wants To Cut Parliament By A Third

He also called for labor reform and for French citizens to move away from welfare dependence.

It's only the latest scandal to touch Macron's fledgling administration. Several ministers have had to resign after their names came up during different scandal investigations.

But French politics has been embroiled in scandal for some time — both of Macron's main presidential rivals have also faced investigations into their conduct.